Establishing a multi-purpose Cooperative for University of Bahri’s Staff 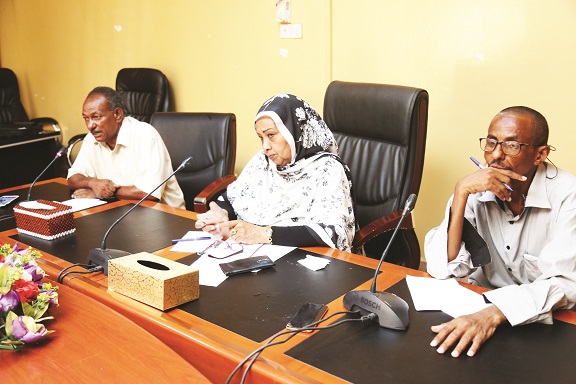 The inauguration meeting of the multi-purpose cooperative for University of Bahri’s staff was held in Hurriya Hall, Faculties Complex, Al Kadaroo on Sunday 20/9/2020. The cooperative is a society that the university’s teaching staff have been working hard for a long time to establish after an honoured initiative from Dr. SUhair Khalil, lecturer in the Resources Faculty and Mr. Ali Al Noor Othman, a university’s staff. The committee that was formed by the Vice-Chancellor to follow-up the society’s establishment has started since then, thus this society has become the first of its kind in Sudanese universities after December’s glorious revolution.

The meeting was headed by Mr. Abdullah Mohammed Al Hassan, Director of General Administration for credit cooperatives and Mr. Adam Mogadam Khalil, cooperatives inspector at the cooperative society’s registrar. The meeting witnessed a wide participation and intensive presence of the university’s staff with their different scientific, employment and labour degrees. The meeting has started by defining cooperatives, their importance and their goals then Mr. Abdullah Mohammed Al Hassan explained methods of societies’ registration and answered the audience inquiries. The meeting concluded to specify the value of shares and the registration fee. The preliminary committee of the cooperative committee was selected afterwards to include three workers, three employees and three lecturers. Interaction and nation spirit, as well as readiness for voluntary work spirit, predominant the meeting. The audience thanked the committee that was in charge of registering this society at the societies’ registrar which includes a lecturer and three employees. The lecturers promised to work hard to support workers in paying the shares value.

Directorate of Cultural Relations and Media